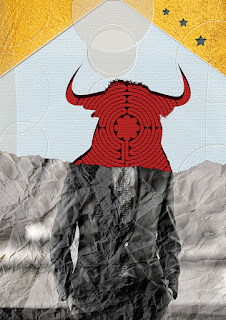 He doesn't remember the exact moment he locked himself away, nor does he wish for it because he just doesn't realize it.
The cloud did an excellent job on their ancestors, cunningly hiding any chance of finding the exit door.
He was the new player and as such eager to hit the start button.
The enthusiasm of novelty is clothed in heavy chains that should be released when the lessons of life are assimilated.
It was not so in this case.
Not when the cloud moves unseen.
"There are too many dangers in the world," it screamed. “You have to do everything as it has been done so far. Then do what you want” it repeated.
And so he did.
Climb stairs until he reaches the place where he will be what he wants.
Up.
Up.
Many rungs.
He was strong. Will flooded him.
The ladder turned left. He didn't look up, reveling in the bottom steps.
It's over.
He looked up.
Nothing.
A wall.
There is no exit door.
"It can't be".
He was pushing the dense wall and his frustration grew, and the cloud quieted. Everything was the same.
It can't be.
It can't be.
He began his descent by repeating this thought each time his foot landed on a step.
He went back to the beginning, and he saw something moving out there.
"There are too many dangers in the world," the cloud reminded him.
So he climbed back up, this time with more energy and this time hiding as the ladder turned to the left.
It can't be.
They can not enter here.
Someone was coming up, and it wasn't him.
He felt invaded. This was his space.
No one can enter. Only he can be here.
If something were to change, he would not be able to do what he wanted in the future.
And that could not be.
No.
He doesn't remember how it happened because too much time has passed. He does remember the stain spilled on the stairs that glowed as if full of life, now turned to a dry, maroon darkness. Like the others.
Too many strangers, too many invasions, too many dangers. All nipped in the bud.
His will evolved into stubbornness. It acted through him, constantly going up and down the stairs so that everything was in order.
This was his place. He felt his own power. He was the boss. Everything happened under his control. The invasions were controlled.
And he kept waiting. He wanted to get to do what he wanted. And for now, he couldn't do it. Too many invasions that required his full attention.
One day he noticed that his hands shone like that first stain on the stairs, although this time the reddish liquid was coming out of his own body.
How is this possible? He wondered. There was nobody there. Just him. The only thing that accompanied him were the dark maroon walls and steps.
It can't be.
It can't be.
Stubbornness pulled him. He had to stay alert. No invasions. The moment is about to come.
The bright reddish liquid that flowed from his body bathed the maroon staircase, but he did not see it. He went up and down the steps.
Until the time came.
He sat.
He felt the stubbornness faiding.
He noticed that the invasions mattered less to him.
And he didn't understand it.
And for the first time he saw the exit door.
More stories here. 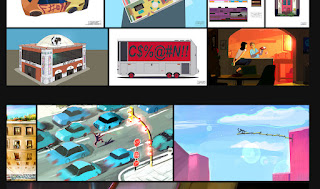 Making of: "Memoirs of a man in pajamas" 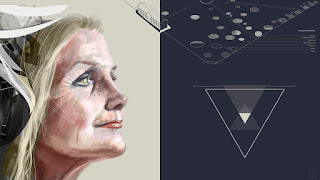 Don't wait for tomorrow to breathe

Changes. Situations that we judge as "good" or "bad" occur constantly. Some changes are so subtle that we hardly notice them. It is quite common for a change to come to someone's life and, suddenly, a multitude of thoughts such as supposed difficulties that will occur because of this change or nostalgia for past times that seemed better invade the present of this person, transforming it into a raft without heading at the mercy of all this stream of thoughts. And if this person is not aware that has been possessed by all that mental noise, the person will resist change. However, since life only wants you to live in the only real moment that is now, it will give a warning to that person who is unconscious. For example, something totally unexpected might happen that causes all that mental noise, all the worries that were floating around, to automatically vanish. In an instant, all that mental castle of worries and nostalgia disappears and there is silence. For th