Showing posts from October, 2022
Show all

In 2008 the Galician Television made a report about my work, which I have rescued from the archives, and here you have it. (As I speak Galician language in the interview, I put some english subtitles on it).
Read more

This is the synopsis of The Holy Mountain according to IMDB : "In a world full of corruption and greed, a powerful alchemist leads a prophetic character and seven materialistic men to a Holy Mountain where they hope to find enlightenment." Synopsis I didn't know when I first saw this movie. This led me to have no idea what I was going to see, with the subsequent impact. I had never seen anything like it, especially because of the way I saw it: a co-worker (and this will be about 20 years ago) told me: "Here's a CD with a movie that I'm sure you've never seen anything like it" . So it was. Especially since the sound was out of rhythm. Seeing The Holy Mountain for the first time with the sound out of sync... is quite an experience. I didn't actually watch the whole thing because I didn't see any point in it. Later, I saw it in optimal conditions and that's when I said: "oh...ok". And it hooked me. And what an ending. Obviously,
Read more

Framefilm #9: Come and play with us, Danny

A moment ago I finished watching the extended version of " Doctor Sleep ", the sequel to the film to which I dedicate episode 9 of Framefilms and that you can see in this video, and I liked it a lot. I had already seen the movie version and was curious to see this version that is about 30 minutes longer. A worthy sequel, in my opinion.
Read more 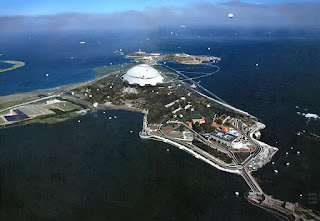 What you are going to read next is the full text that I wrote in 2011 to accompany this futuristic representation that I made of the city of A Coruña. This work was commissioned for the interior poster and cover of the first issue of the extinct magazine "Coruña Hoy". The final text was modified by the staff of the aforementioned magazine: "Over eight hundred years, the city has been part, like many others, of the tremendous technological and human evolution that, step by step, is uniting humanity. It was from the end of the 23rd century when there was an unprecedented historical transformation from a monetary economy to another where basic needs were covered, an economy based on resources that put an end to wars and opened the door to human creativity in all its aspects. An economy, in short, based on collaboration and not on competition. This produced a marked evolutionary increase in a short period of time. In the case of the city of A Coruña, decisions were made that
Read more

Today's performance holds an important place in the heart of the one who writes this, since it was the first movie I saw in a theater and which, as if it were a switch, turned on the inner light of a 5-year-old boy.
Read more

Framefilm #7: He didn't see it coming

Today it is the turn of the great movie Chinatown . I recently read "The Big Goodbye," written by Sam Wasson, about the journey of making this film. If you haven't read it and are interested, I highly recommend it.
Read more

Here is a short video of three framefilms that I painted based on various scenes from the legendary movie Excalibur .
Read more
More posts 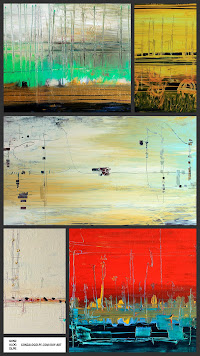